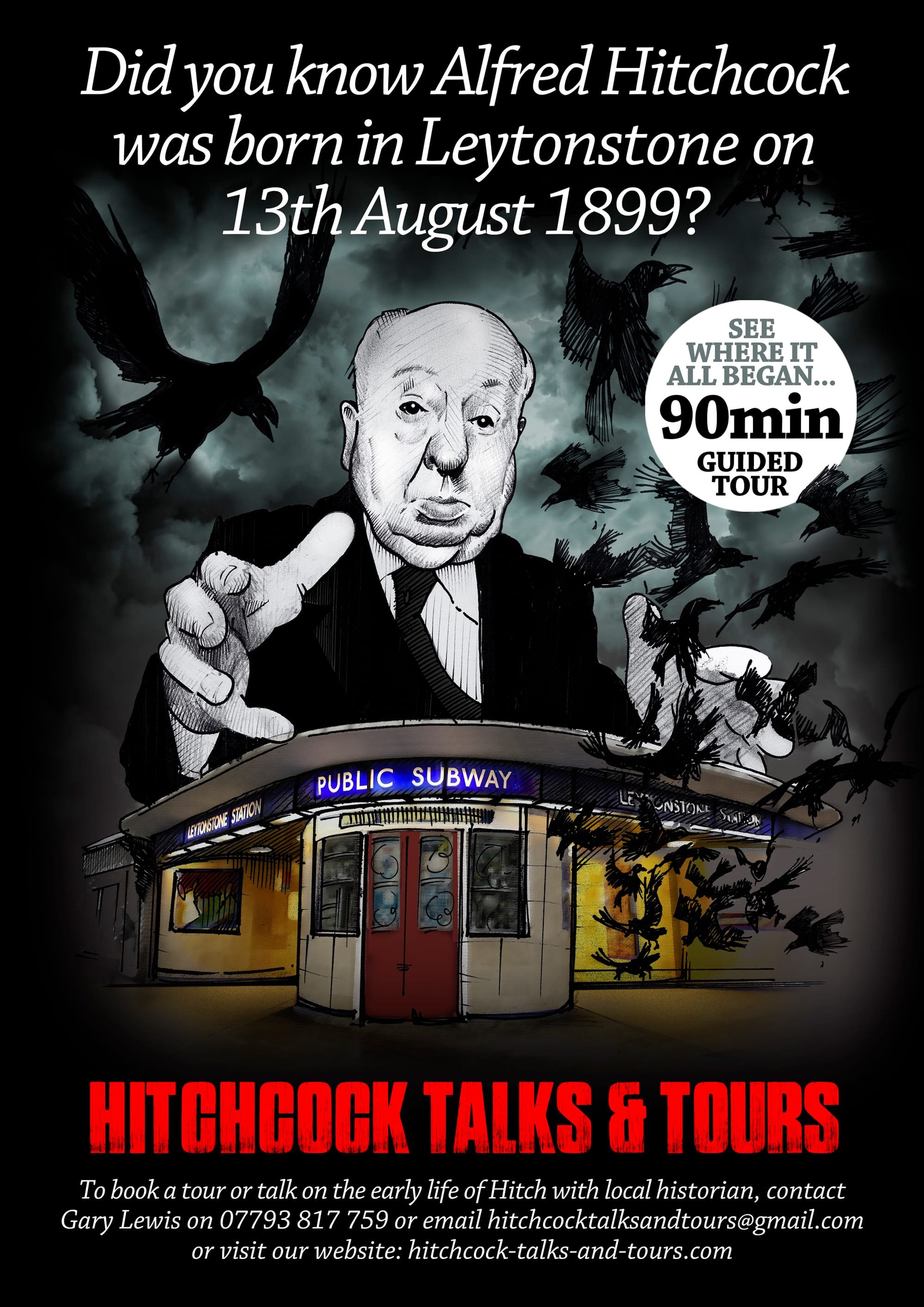 Good Evening (as Leytonstone’s favourite son himself would say) my name is Gary Lewis, I’m a local historian, public speaker, and tour guide on the subject of the late, great film director

I’ve been a resident of Leytonstone for the past 41 years but my fascination with Hitchcock really began when I was a teenager in the late 1970’s. One Sunday night was I was 13 or 14 I stayed up  late to watch Psycho on the TV. I remember jumping out of my chair at the shower scene and the screetching violins have stayed with me to this day. After that I was hooked on the movies and life of Alfred Hitchcock.

Fast forward to October 2015, I was forced to take early retirement from London Underground as a tube driver due to ilil health. For the next year I wondered where to turn for my next career move, but inspiration struck in September 2016, when I joined the Alfred Hitchcock of Leytonstone society., At a meeting of the society in early 2018, I proposed doing a slide show on the early like of Alfred Hitchcock, entitled ‘Hitchcock’s Leytonstone’. They agreed enthusiastically and in May 2018, I did my first talk at the Birds Pub in Leytonstone. 3  more talks followed and soon I was hired by local groups keen to hear about Hitchcock’s roots.

On September 4th 2019, I did my biggest talk yet  to over 100 people for the Leyton and Leytonstone historical society as part of the Leytonstone festival A month later it was my honour to be invited to talk at the Stone Rangers WI as the speaker for their 5 year anniversary meeting.

Having developed my illustrated talk on the early life of Alfred Hitchcock, the next logical step was to start a guided tour entitled, ‘Walking in the footsteps of Hitchcock’.  On September 29th, 2019,

as part of Leytonstone Loves Film, I took  over 60 people from all over the world, including 6 people from Mexico, 2 ladies from Greece, a couple from Romania and a lady from Lyon in France, on my first 90 minute guided tour. After this, 3 more tours followed in quick succession.

Sadly, on November 11th 2019, I parted company with the Alfred Hitchcock of Leytonstone Society, after 3 eventful years. I felt that it was time to move on and I saw this as a golden  opportunity to start my own business.

On 12th January 2020, the dream became a reality and  Hitchcock Talks and Tours was born. As for the future, my talks and tours are generating interest not only from the UK, but from all over the globe and I look forward to bringing Hitchcock’s Leytonstone to the world.