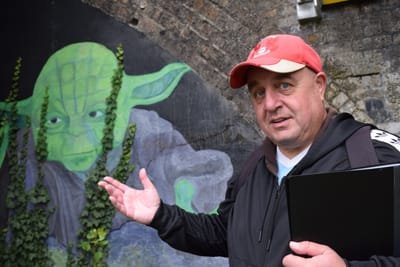 Take a trip to St. Patrick's Cemetery, Leytonstone, the location of the Hitchcock Family Plot(s).

As well as Hitchcock you will see a varied and colourful cast of characters including:

The tour will conclude with a photo opportunity at the Star Wars mural on Grove Green road, Leytonstone and optional refreshments and a Q&A at the Unity Cafe.

Tours will go ahead on Tuesday and Thursday afternoons at 1pm. Meet at Leyton Tube Station (London Underground Central Line) (Map) at 12.45pm